So Game of Thrones season 5 is over. It was a nightmare that won’t end till season 6 starts. And actually, the nightmare might be confirmed in season 6. So damn. That will be a long time of theories and crazy assumptions on how season 6 will go before it actually happens.

So my life has gone from work and Game of Thrones, to work and debates with friends over Game of Thrones. Mostly, it is done over the season finale. Those horrible few minutes that ended the season… those murderous blows… that kid who is now the most hated little **** on TV, Olly.. all of these will continue haunting the rest of the world until season 6 picks up.

Call it me having no life, which is partly true, but sometimes these kind of things matter… more than the actual real, important things found in real life. So I guess I will try to stop the endless debates. And I will let the world take over and obsess over GoT.

Me, on the other hand, will just entertain myself with my favorite memes. 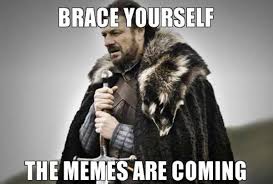 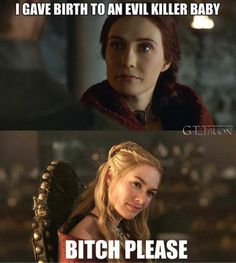 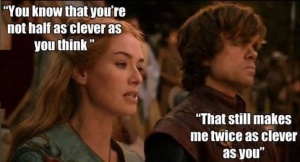