I don’t know what I’m doing anymore. Korean drama is scary. Yeah, that’s probably the best explanation to why this is happening.

So let’s go over Pinocchio.

Words are powerful. So powerful they can kill someone and give new life to others. Words, no matter truth or lie, are power.

Once upon a time, a happy family got tangled in an ugly mess when the father, a firefighter, was accused of sending his men into death on a rescue mission. The family was then bullied by the media, led by a very ambitious, anipulative reporter Song Cha Ok who just made assumptions and reported them without thinking of consequences.

She made the father look like a runaway criminal, when in fact he was already dead. The eldest son Gi Jae Myung wanted to clear his father’s name, but Song Cha Ok intended to make it worse for the family. In the end, the wife took the younger son, Ha Myung, and jumped off a cliff with the little boy.

However, Ha Myung survived, and was rescued. An old man with dementia, Choi Gong Pil adopted him, thinking that Ha Myung was his long deceased son, Dal Po. So Ha Myung lived as Dal Po, pretending to be the son his foster father had lost years ago.

Six months later, Gong Pil’s son and granddaughter moved in from Seoul. The son just divorced his wife, and took their daughter In Ha away. As it turned out, the ex wife was the one and only reporter Song Cha Ok. 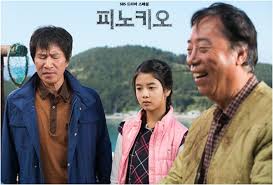 When Ha Myung/Dal Po found out about this, he was angry, and started hating In Ha, because she was the daughter of the reporter who had destroyed his family.
However, unlike her mother who lied and manipulated, In Ha could never lie due to being a Pinocchio (whenever she lied, she’d have hiccups, and everyone would know that she lied). And in the end, Ha Myung/Dal Po ended up falling in love with In Ha.

Years later, In Ha tried to become a reporter and met her mother again, after not seeing each other for 13 years. Due to being a Pinocchio, In Ha didn’t make it, and she found out that her mother never missed or cared about her. And Ha Myung/Dal Po who felt the need to make In Ha happy and challenge Song Cha Ok, decided to become a reporter himself.

They then got to become reporters, even though at different stations, and started their journey to deliver truths to the public. 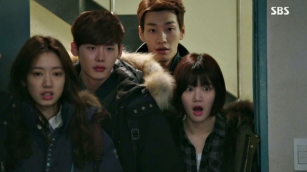 But what happened when in his training, they stumbled upon cases related to Ha Myung/Dal Po’s family years ago?

Would Ha Myung/Dal Po seek revenge? Or would he fight in his own way to become a “true” reporter?

And what if Song Cha Ok wasn’t the bad guy? What if there was someone else in great power who was the one behind all the crimes?

A genius who lost his family in a tragic incident. He was saved and adopted by Choi Gong Pil, who loves him more than anyone else. Growing up with In Ha, he couldn’t help but fall for her. And when in high school people made up rumours about him, In Ha was the only one who stood up for him and supported him.

However, he could not reciprocate In Ha’s love when she confessed her love to him. His priority was to keep the family together, and he thought being with In Ha would ruin the family. But then, he kissed her one night and they started dating.

When he found out that his brother was a murderer and sent him to jail, Ha Myung decided to keep his distance from the family and In Ha, seeking revenge on reporter Song Cha Ok alone. 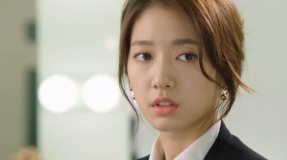 A Pinocchio who can’t lie or pretend at all. After watching Ha Myung on TV back in high school, she made up her mind to become a reporter. Years later, she realized that she loved him and confessed her feelings to him.

Then, after she found out what her mother did to Ha Myung’s family years ago, she decided to support him go against her mother. 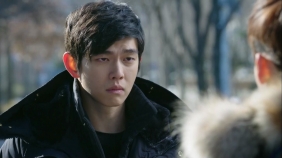 Ha Myung’s older brother who thought he was all alone after his mother committed suicide with his little brother. For years he lived in the shadows, and when he found the men who were responsible over his father’s case, he decided to kill them. Later on, Ha Myung found him and Jae Myung decided to surrender for the crimes he’d committed.

In Ha’s ambitious mother who never contacted her own daughter for years. She chose being a famous reporter and abandon everything that mattered to her. She neglected facts in her reports and destroyed Ha Myung’s family over a decade ago. She finally met someone who could challenge her and embarrass her, Ha Myung, and in the end helped him out in bringing out the truth of what happened to his father back then.

Song Cha Ok’s ex husband and In Ha’s father, he initially disliked Ha Myung for pretending to be his deceased brother. Forced to call the kid “big brother,” Dal Pyung was annoyed at first but it ended up becoming a habit. When he found out that Ha Myung loved In Ha, he wasn’t happy about it. However, after seeing how happy Ha Myung and In Ha were together, he decided to support their relationship.

An old man who adopted Ha Myung and thought the kid was his long deceased son, Dal Po. He seemed to love Ha Myung more than he loved anyone else, and was always the boy’s number one fan. Hands down, their relationship was the best. I mean, how could you not love these two?

This is the rich kid in the story. Years ago, Song Cha Ok left her phone in his house, and the little Beom Jo picked up the phone and started using it. For years, he kept receiving messages from In Ha directed to Song Cha Ok, and he became curious about the Pinocchio girl. When In Ha found out that Song Cha Ok never received her messages, she was upset and called Beom Jo a thief in a text. After that, Beom Jo decided to find In Ha and become her friend. Of course, he confessed his love to her later on in the story, and she rejected him because she loved Ha Myung.

WHAT A FUN RIDE!

This series was too long for me, to be honest, but I enjoyed it. The story frustrated me at some point because well, drama, but things made sense and the message was clear. In the end, there was nothing better than a story that stayed consistent to its message.

The investigation, the race, the family relationships in this series killed it. Character development for each character was well done, and the relationships had solid bases. In Ha and Ha Myung being in love made sense, and the love triangle was almost nonexistent. It was simply of two people who loved each other, but were separated by a revenge.

Unlike the “instant” love in a lot of drama series, this was a love story I could believe and root for.

I recommend this drama. Seriously, watch it. The romance makes sense, family relationships are solid, and the message is crystal clear.