I was bored. Like, really bored, that I decided to give this show a chance.

And it took a couple of episodes if not more for me to give it a, “Okay, I can watch you” light. Thanks to Grim Reaper. Literally, he was the reason why I decided to give it a full go. 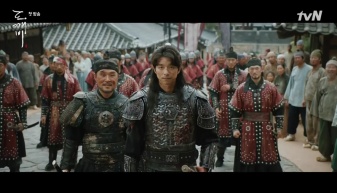 Kim Shin was a general in Goryeo and an idol to many for winning many battles for his king. He had sworn loyalty to the kingdom, and was requested to protect the young king.

The young king was raised by an evil eunuch, who planned to rule the kingdom through him, thus making the king obedient to his wishes and council. 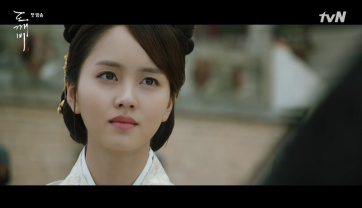 Due to the eunuch’s constant nudging, the king grew jealous of Kim Shin and ordered to have him and his family killed. At the time, the queen decided to defend Kim Shin, her brother, and died at the death sentence from the king.

Kim Shin then became the Goblin, with a sword stuck in his chest and immortality given to him. And his curse was that he’d remember every single thing and live continuously in pain of regrets and heartbreak, waiting for someone they’d address as ‘the Goblin’s bride’ to pull out the sword and end his miserable life.

20 years ago, Kim Shin saved a pregnant woman who was supposed to die, and gave a chance for her and her unborn baby to live. The baby, named Ji Eun Tak when she was born, had a Goblin mark on her shoulder, and every spirit watching her called her, “Goblin’s bride.”

Then when Eun Tak was a senior in high school, she met Kim Shin. And despite Kim Shin’s wish to find her and die, he found it hard to meet his destined death as he realized he was falling for his bride. And things started falling into place when a Grim Reaper moved into Kim Shin’s house and realized that they were somewhat tangled into a mess due to Eun Tak’s existence together.

Apart from that, Eun Tak’s boss at her part time job, Sunny, fell in love with the Grim Reaper, who cried the moment he first met her. And as it turned out, Sunny was no ordinary woman, as she happened to be the reincarnation of Kim Shin’s sister, the queen.

Unfortunately, it later was revealed that the Grim Reaper was the reincarnation of the king, and that his and the queen’s tragic love story was repeating itself again.

What’s great about this show is the history and how reincarnation plays a big role in everyone’s relationship. 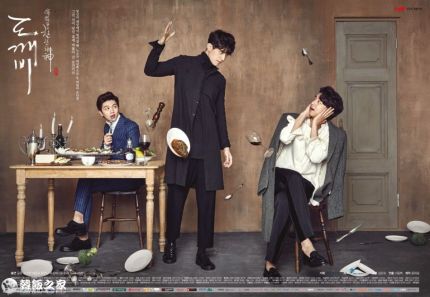 Seriously, the bromance is off the chart. It’s another reason why I kept watching this show. First, Grim Reaper. Second, Grim Reaper’s relationships with other people.

I really like the Grim Reaper, so it’s hard for me to talk about liking the other characters.

Ji Eun Tak is a sweet girl, and she’s got so much love despite being raised by evil aunt and cousins. The Goblin, Kim Shin, is awesome, and that’s all I can say about him. A lot of the screen times are of those two falling in love, experiencing love for the first time, and being cute. 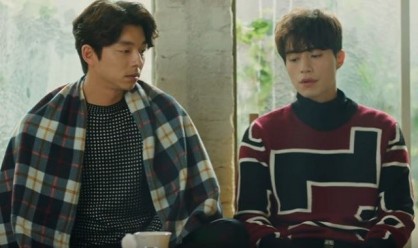 But the meat in this story for me, is the Goblin’s and Grim Reaper’s relationship. It’s fascinating to see that fate brought those two together. Before he was reborn as Grim Reaper, as the king he was controlled and secretly miserable. And his mistake for killing Kim Shin and his whole family was his biggest regret. Of course, that mistake led to another thing, which was Kim Shin’s death and his rebirth as the Goblin. There are no enough words to describe Kim Shin’s anger towards his king, and ironically, they met again now as Goblin and Grim Reaper, becoming what they’d never imagine they could be: best friends.

Now, the show hasn’t ended yet, and I can’t rate it. And from what I see, it’s probably going to end with a lot of people crying, because everyone in this story is doomed to a heartbreak.

Would I recommend this show to anyone? Sure. It’s an interesting watch, but remember it takes some time to get to that stage of “Ah, this is interesting.” It’s a bit slow for me, to be honest, but I must say, it’s creative writing and good acting working together. So it works.

If you are into reincarnation, gods, and sad fate, this is the show for you. Oh, and bromance. A lot of bromance.

One thought on “Goblin: the Lonely and Great God”