When you were born to stand out, stand out.

Based on a novel, Wonder by R. J. Palacio, Wonder is a story about a kid named August Pullman discovering that despite his condition and looks, brilliance and a good heart will always be recognized.

August “Auggie” Pullman (Jacob Tremblay) grew up in a happy family. His father Nate (Owen Wilson) was cool, and always there to make everyone laugh. His mother Isabel (Julia Roberts) poured out her whole life and heart for Auggie. And his sister Olivia “Via” (Izabela Vidovic) was always there for Auggie whenever he needed her. Not to forget the family dog, Daisy, was always a support for Auggie.

Unlike normal kids, Auggie was born with deformity, and had had 27 surgeries to help him see better, hear better, and look better. Despite all the efforts, Auggie looked different, and he stood out in the crowd everywhere he went.

So Auggie found comfort in wearing a helmet, where he could hide his face and walk around outside protected. Meanwhile, he stayed homeschooled most of his life.

Until his parents decided that it was time for Auggie to go to a real school in 5th grade, preparing him so that he wouldn’t be shocked in a middle school.

Enrolling him in a private school, Isabel hoped that the kids would be nicer to Auggie’s condition. The headmaster, Mr. Tushman (Mandy Patinkin) was a kind man who reminded me of Harry Potter and the Sorcerer’s Stone Albus Dumbledore, and was always ready to look after Auggie. He talked to three star students: Julian (Bryce Gheisar) the trust fund kid, Charlotte (Elle McKinnon) the commercial star kid, and Jack Will (Noah Jupe) the scholarship kid, to befriend Auggie and make sure that his transition into the school went well.

Also, Auggie ended up with Mr. Browne (Davees Diggs) in homeroom, where Mr. Browne would remind the students to be kind to each other in subtle manner, while watching over Auggie.

Julian, the trust fund kid, started bullying Auggie and made fun of him, giving Auggie hard time adjusting to school. 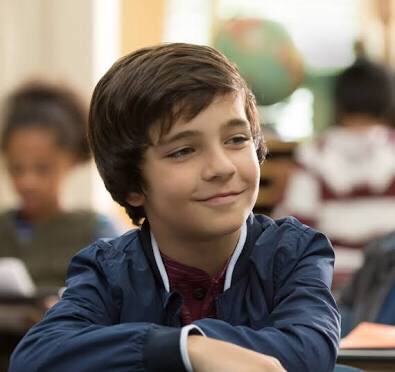 His classmates also believed that Auggie was contagious, that touching Auggie would give them the plague. But as Auggie started hating school, he offered to help Jack Will in science, and the two became best friends. 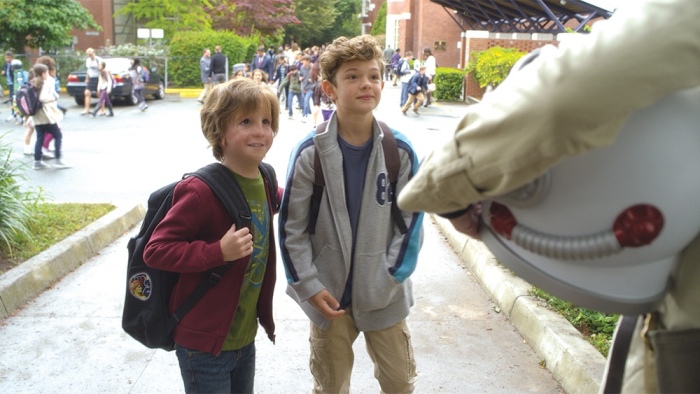 The two started spending all their time together, and Auggie felt that he’d finally made a friend.

It was all happy for Auggie, until he overheard Jack talk about him behind his back with Julian and the other bullies on Halloween. Crushed, Auggie started throwing up, went home, and decided to not be friends with Jack anymore.

Jack, on the other hand, truly liked Auggie, and he wanted to hang out and be friends with Auggie. Now that Auggie avoided him, Jack felt really sad and tried to find out why Auggie kept a distance from him.

Auggie though, found comfort in a classmate, Summer (Millie Davis), who chose to ignore her friends and spend time with Auggie instead. Auggie told Summer about Halloween, and made Summer promise she wouldn’t tell anyone.

But when Jack asked Summer, she gave him a clue, making Jack realize that Auggie was there when he made fun of Auggie with Julian and his gang. Horrified, Jack could only be quiet and stick to Auggie’s side when they were paired up for science fair project.

Julian told the teacher that Jack should be on his team because they had worked on the project together, but Jack insisted that he wanted to stay with Auggie.

Bewildered, Julian confronted Jack outside class and called Auggie a freak. Hearing that, Jack punched Julian in the face and the two boys fought until the teachers separated them.

Jack wrote a letter to Mr. Tushman, noting that he accepted any consequence given and understood that being expelled would be the proper punishment to his actions. However, Mr. Tushman, who knew what had happened, thanked Jack for being a good friend. And he only gave Jack two day suspension, while reminding him that when he came back to school, his scholarship would be waiting.

That left Auggie with questions on what to do with their friendship. But when the family dog Daisy got sick and died, Auggie decided to talk to Jack again.

Meanwhile, Auggie wasn’t the only one having a hard time in school. 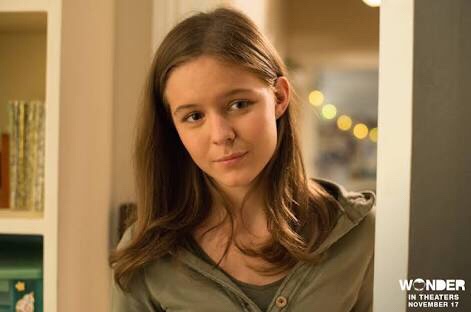 Via, his sister, felt like she’d lost her support after their grandmother died. She knew that the family revolved around Auggie, and she accepted it because she loved him. And she knew that she still got her best friend Miranda (Danielle Rose Russell).

However, Miranda changed a lot after going to a summer camp, and stopped talking to Via.

As Via was crying over Miranda, a boy named Justin (Nadji Jeter) introduced her to the theater class elective, and despite saying she wasn’t interested at first, Via who immediately had a crush on Justin, signed up to join the class, which Miranda also signed up for.

After spending a lot of time together, Justin and Via kissed and Via took Justin to meet her family. They became a couple, and Miranda realized she’d missed having Via in her life as she watched the couple in the theater class.

As it turned out, Miranda was struggling due to her parents’ divorce, and she avoided Via because she didn’t want to answer questions and deal with the mess she was left with. She chose to ignore her anger by ignoring everyone who could remind her or talk about her problems, but she missed hanging out with Via and Auggie. 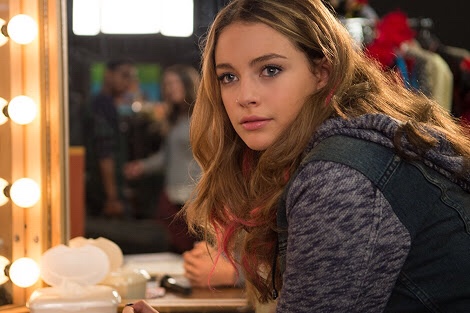 She called Auggie and told him that she’d missed him, and that if Auggie could, he should tell Via that she missed her too.

Via and Miranda auctioned for the main role of a school play, and while Miranda got the part, Via got her understudy. When it was time for the play, however, Miranda pretended to be sick so that Via could take the role and perform. Nate, Isabel, and Auggie were amazed by Via’s performance, and Isabel who’d been neglecting Via since Auggie was born, realized that she’d forgotten to pay more attention to her daughter, missing out on what was going on in her daughter’s life. 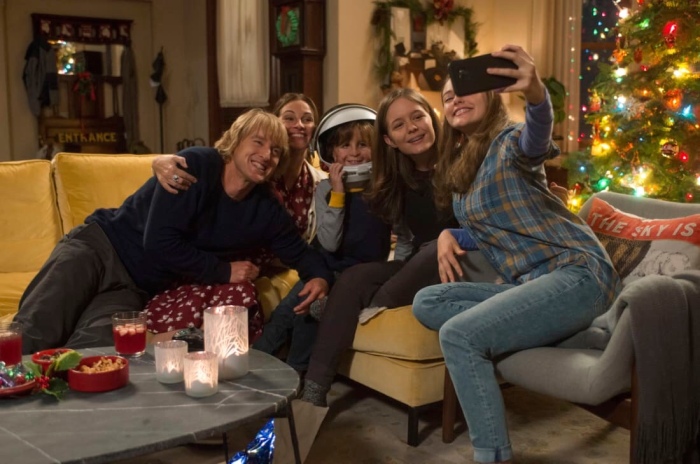 Miranda and Via made up, and the family celebrated.

Auggie and Jack were friends again, and after winning first place at science fair, expanded their group. Before it was the two of them and Summer, but Charlotte and a couple of other kids joined their lunch table too now. Auggie was finally happy at school. 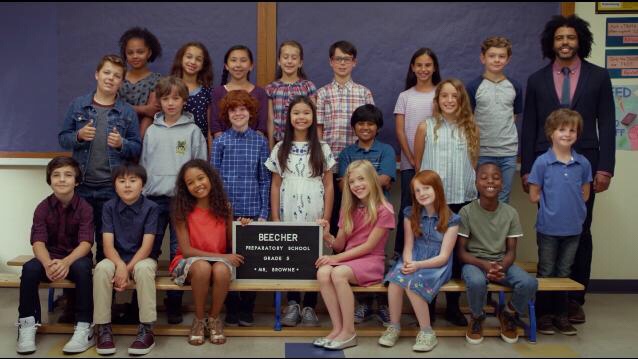 But Julian kept bullying Auggie. He left mean notes on Auggie’s tables, locker, seats, and when Mr. Browne saw an edited class picture in which Auggie was cropped out with “no freaks allowed” written on it, he reported it to Mr. Tushman. Julian got two day suspension, and wasn’t allowed to go to the class trip.

During the class trip, middle schoolers bullied Jack and Auggie, but their classmates, Julian’s crew, fought for them, defending Auggie. Knowing that he was finally accepted by those who used to bully him, Auggie cried, while the boys gathered around him, comforting him.

By the end of the school year, at graduation, Mr. Tushman called on one student who showed excellence in service and strength throughout the year. He called Auggie to come up to the stage, and the little hero walked up and received his medal. 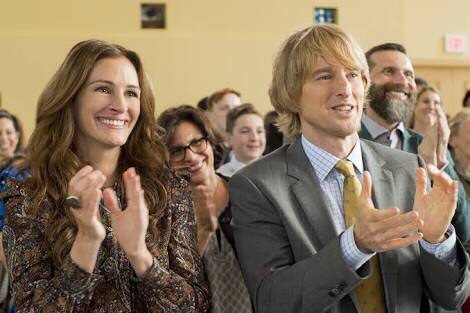 There are no enough words to describe how much I love this movie. This is now one of my favorite movies.

The strong messages that were conveyed, the life lessons that we got from watching it, made me feel like I had gained a lot by watching this movie. It was worth every second of my time.

The performances were incredible, and powerful. Roberts and Wilson did incredibly well as Via’s and Auggie’s parents, and everyone else in supporting role did a fantastic job. 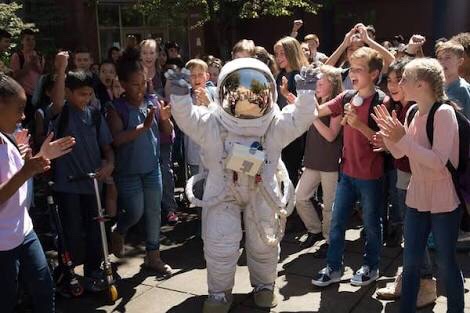 The kids were brilliant. These kids are so talented, and I love every single one of them. Sometimes it’s hard to watch a kid movie because of the acting, but these raw talents are some of the best I’ve seen. And this movie is something I’ll watch over and over again.