We were left devastated by Infinity War. What Thanos did was quite the unthinkable, caused too much pain, and made us all question the ultimate, “So what’s next?”

Our heroes tried their best to capture their destroyer, days after the last fall. They finally met the indomitable Captain Marvel, and set out to find Thanos, in hope that they could reverse the deed.

This time, Thor aimed for the head.

Right after the revelation that all the stones had been destroyed by Thanos.

All hopes were gone.

And it wasn’t until five years forward, when Scott Lang came back from a five hour trip, which lasted five years in the real time, that the Avengers found hope again.

Coming to Black Widow and Captain America with the idea of time travel, Scott managed to convince them that this was possible. There was a way to undo what was done. 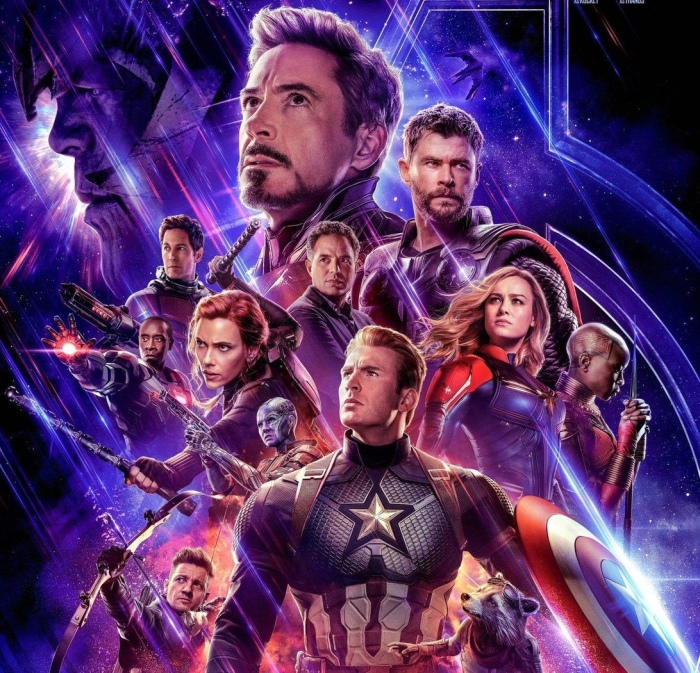 Due to not being able to crack the codes, the trio headed to a cottage in the woods, one belonging to a little, growing Stark family.

They tried to convince Tony Stark to help them out, but the billionaire had retired and shifted his focus onto his family. A beautiful daughter named Morgan, and Pepper.

Of course, that was never going to be the end of the road for the Avengers. They recruited Bruce Banner back, and got the rest back on the team. One of the worst surprises being Thor spiraling down an alcoholic path of depression and looking like a melted ice cream.

And after several failures on their tests, the team got Tony back; he of course came with the right equation to save the day.

So it all came down to this: back to the future theory on our Avengers storyline. The Avengers split into three groups and went back to different timelines to get the stones. Their mission was simple, but confronting their past wasn’t.

Thor had to see his mother, right before her untimely death. Tony ran into his father. Steve had to fight his younger self. Nebula had to face her family. And Clint had to let go of someone he cared about.

In the end, they all had to let go of something before coming back and piecing the stones back together.

And despite everything running well for them, they didn’t see the one thing that was coming to hit them. Thanos from the past.

Endgame was a really long ride. Three hours of excitement and grief. Ultimately we all have to let go of Avengers.

Eventually the story had to come to an end.

I wish I could’ve said more about Endgame. On the CGI, on the character development, on the plot twists, or other things. But.

All I want to do is thank the Avengers for amazing years. I will never forget the past years of cheering for my heroes. Being inspired by the female leads. Being comforted and embraced by the movies.