I watched this season twice. I did not have much social life, that much I could tell you. I mean, how could I when season 3 finally came out? 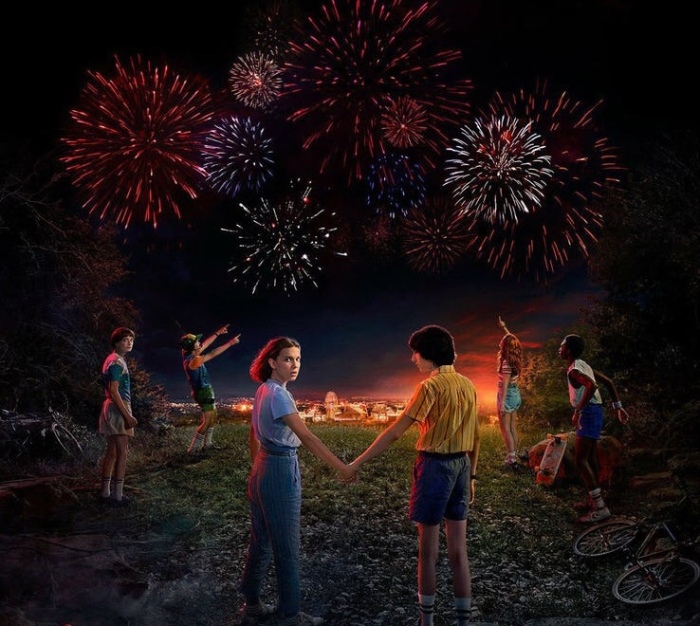 Stranger Things 3 started with some Russian military base experimenting with opening a gate to the other dimension. It didn’t work, so the scientist in charge was killed and another guy was given the task to open the gate in a year.

A year later, we got to see what was happening in Hawkins. Our kids grew up!

Max and Lucas have been stuck in an on and off relationship, Dustin started dating a girl named Suzie from camp, Mike and El were quite isolated in their relationship, and Will was left behind due to his amusement watching his friends preoccupied by girls.

Steve started working at Scoops Ahoy, an ice cream store in Starcourt, a mall that just opened in Hawkins. Nancy and Jonathan started interning for the local paper. Joyce and Hopper were stuck in this will they won’t they friend zone. 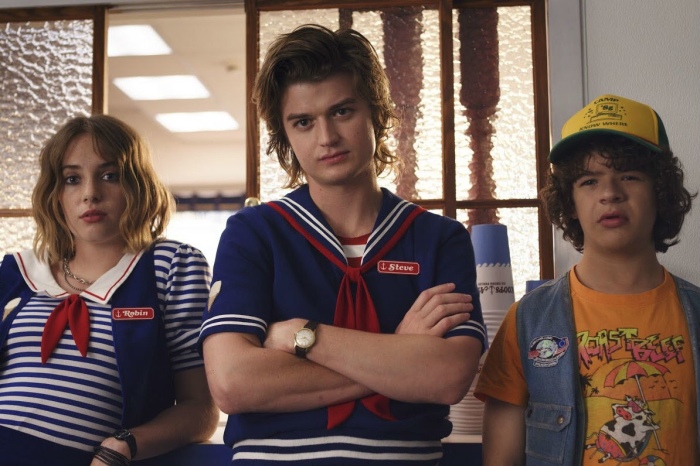 Things got crazy, of course, when these kids found things that were really off happening around the town.

Dustin picked up some Russian code by accident when he was trying to contact Suzie on the walkie, and due to his friends being MIA, decided to ask for Steve’s help instead to crack the code. Luckily, Steve’s coworker Robin was fluent in many languages and could help them out on their mission.

Joyce realized that some things were off when all her magnets fell off, and dragged Hopper to check the lab and investigate the town for any trace of danger directed at Will.

Nancy and Jonathan found crazies with crazy rats around the town, and Nancy being Nancy went ahead to investigate further.

Then Will started feeling the warning signs from the Mind Flayer and got Lucas and Mike to dig deeper into this. 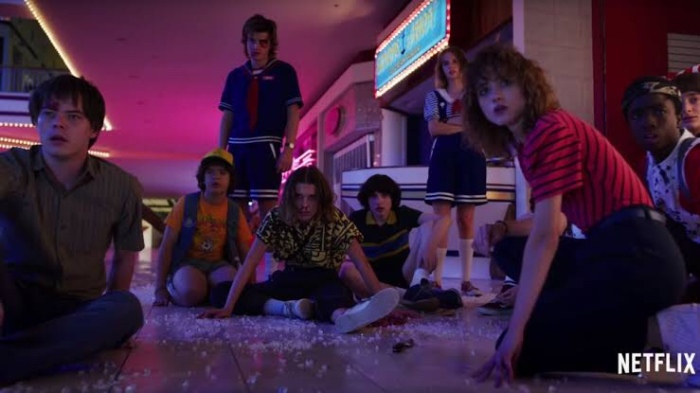 As it turned out, all of these cases were related to each other.

The Mind Flayer had gotten a new host this time, and it was none other than Max’s step brother Billy. 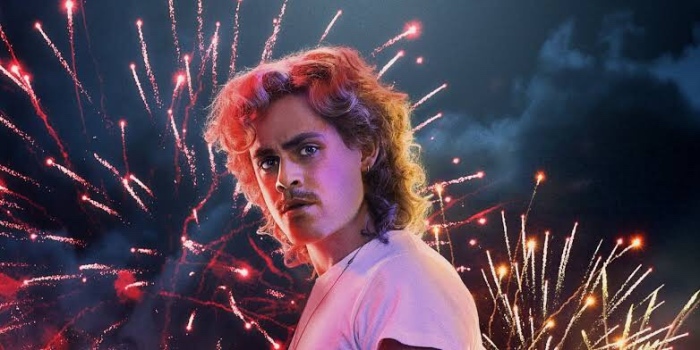 So this time it was up to everyone to stop the Mind Flayer from taking over Hawkins and to close the gate that the Russians had opened.

There are different teams going on in this season, but in the end they all came together to fight the big bad Flayer.

This season is a lot of fun. Really, really fun.

El and Max became besties, and it was one of the greatest things that have happened in this show. The girls had some bonding time and El finally got to dress up like a real girl. I mean, I really wanted those fashion moments. So thank you, Stranger Things, for making it happen.

Girlfriends are for life, I tell you. Now I want some El-Max kind of girl friendship to happen in my life one of these weekends.

The boys also had their bonding time over trying to figure out what was wrong with their girlfriends. Will, on the other hand, felt left out due to all of his friends going either missing or busy with love life problems.

But, Steve and Dustin forever. Those two boys were all I needed to make me smile. Well, them and El-Max. I’m shipping their friendships so hard. 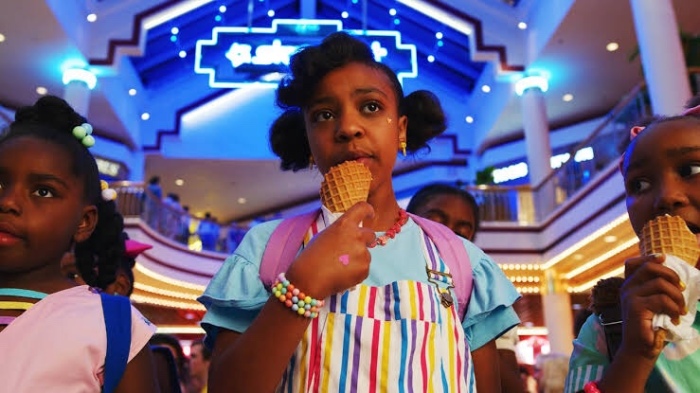 Also, we got to meet Lucas’s little sister, Erica, who was so sassy I couldn’t even. She was such a fresh face, with a lot of attitude, that I couldn’t help but smile every time she was on screen delivering some witty lines. 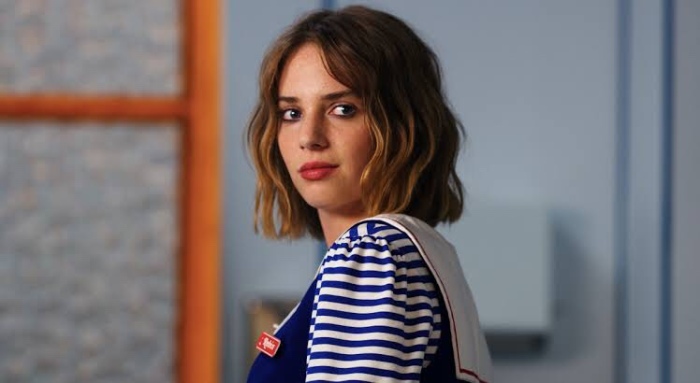 Robin was also a good addition to the guys. She was a nerdy girl who was Steve’s classmate but due to being a nerd, unnoticed and ignored. But she had plenty of moments to shine this season, despite being a newcomer. I love Robin.

It’s such a beautiful show. Visually, and plot line wise too.

I was literally in tears when the season ended, not because it ended in a rather sad note, but because I wanted more.

Only eight episodes? Are you kidding me?! 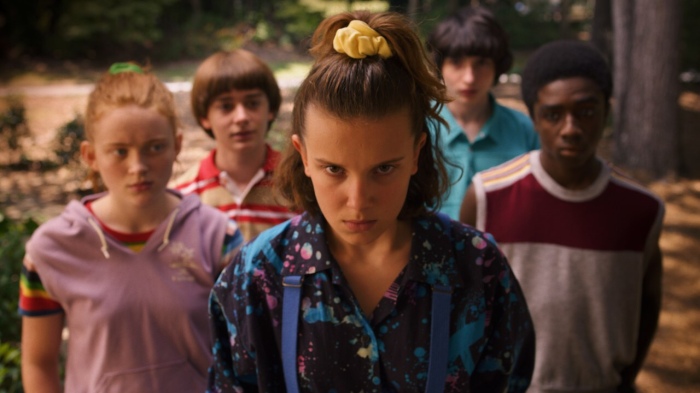 It was two episodes longer than Game of Thrones, luckily, but still, I waited for so long for this season.

But it was worth it. I had a lot more fun with this season than I did in season 2. I didn’t even think it could get better. But it did.

And I am looking forward to season 4. Please, please come quickly.

Stranger Things 3 is an 8/10 for me. Some things bothered me, but in over all, I had a lot of fun with this show.

I mean, I watched it twice already.